NHOM Board of Directors

A Board Resolution was presented to Andersen that recognized him as an instrumental founding member and for his years of dedicated service and commitment. He served as NHOM’s first Executive Director from 2006 to 2016 and Principal Broker from 2009 to 2016. Andersen is responsible for creating 33 single family homes in Maui County what will remain affordable in perpetuity through the Nā Hale O Maui Community Land Trust model. 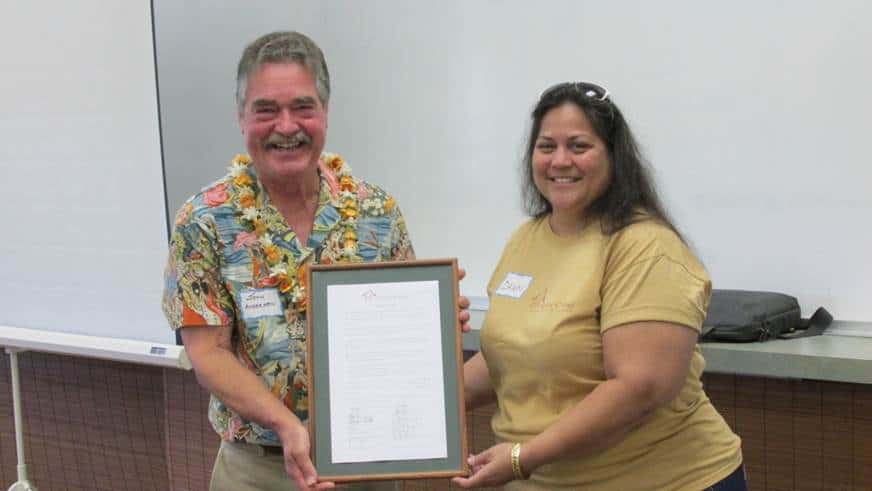 Outgoing NHOM President Dawn DeRego presented John Andersen, Nā Hale O Maui’s Principal Broker and former Executive Director, with a board resolution recognizing him as an instrumental founding NHOM member and for his years of dedicated service and commitment. Andersen served as NHOM’s first Executive Director from 2006 to 2016 and Principal Broker from 2009 to 2016, and is responsible for creating 33 single-family homes in Maui County that will remain affordable in perpetuity through the Nā Hale O Maui’s Community Land Trust model. 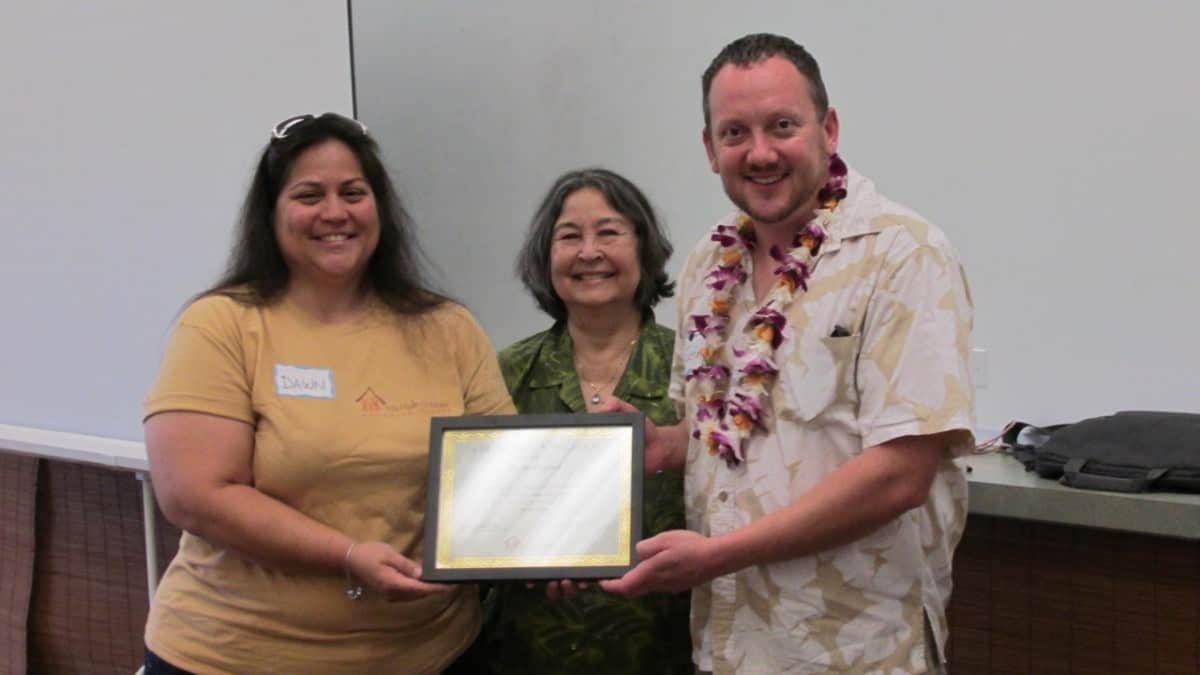 Dawn DeRego, Nā Hale O Maui’s outgoing President (right) and Cassandra Abdul, NHOM’s new Executive Director, present Justin Hughey with a Certificate of Appreciation honoring his six years of service as a board member with NHOM from 2010 to 2016.

President Dawn DeRego presented a Certificate of Appreciation to Justin Hughey, V.P., homeowner and Board member for his 6-years of service (2010 – 2016) on the board of directors.

Cassandra Abdul, Executive Director, presented a Certificate of Appreciation to Dawn DeRego, President, for 6 dedicated years of service (2010-2016) on the Board of Directors.

Nā Hale O Maui has been incorporated for 8 years and already we have many supporters; from individuals who have joined as Founding Members at the $36 annual fee, to corporate and private donors who have contributed many thousands of dollars. The County Council of Maui has allocated funds in the current and next budgets for grant funding available for a CLT and the State budget has also had some funds set aside for CLT development. We are a part of the solution to the affordable housing crisis and our private citizens as well as government representatives recognize the value of the CLT proposition.

We thank each and every donor for their support and contribution. It is truly a testament to each contributor that they are willing to help solve the housing crisis on Maui.

Nā Hale O Maui held a 2-day strategic planning retreat in August of 2006 attended by 26 individuals who gave of their time and talent.
At that time the corporate structure, bylaws, and goals and strategies of the organization were established. Our gratitude to those individuals (some pictured below) for their ongoing support. 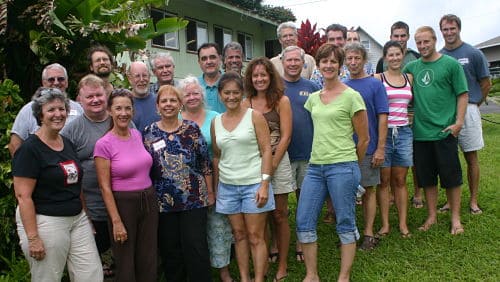